PS Projects is a script for Photoshop CC and CS6, that lets you Create, Load and Modify Project files – i.e. collections of images in any format, from any folder in your hard drive as file references, that for some reason you might need to open in Photoshop often. 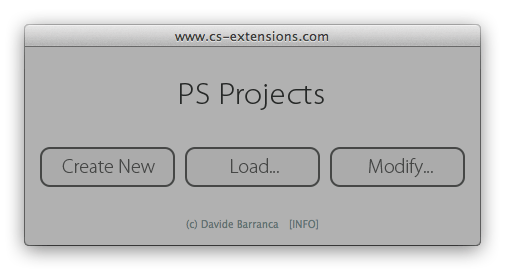 Have you ever had the need to open the same set of images more than once, maybe because you’re a UX designer working on a project that includes dozens of assets, or a still life photographer post-producting images that the Art Director has finally chosen for the Ad campaign, from the hundreds you’ve shot in total?

PS Projects implements the idea of Project Files: a lightweight, encrypted file that contains only the links to the assets you want to open in Photoshop. 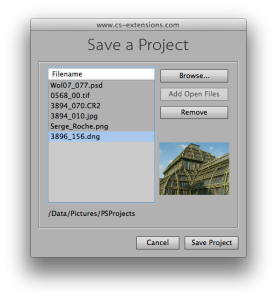 How does it work?

Create a New Project selecting files from any folder in you hard disk, any format that PS can open: PSD, TIFF, JPG, DNG, etc. and Save a .psproject file with a meaningful name.

Each time you need that very set of images, just Load the .psproject file and you’ll get them all opened in Photoshop in a glance.

PS Projects relieves you from the need to duplicate, move or tag a selection of images that you need to pick up from the bottomless pits of your hard drives – the actual files are always kept in their original position, and you won’t risk to end up with duplicates or trashing something important. 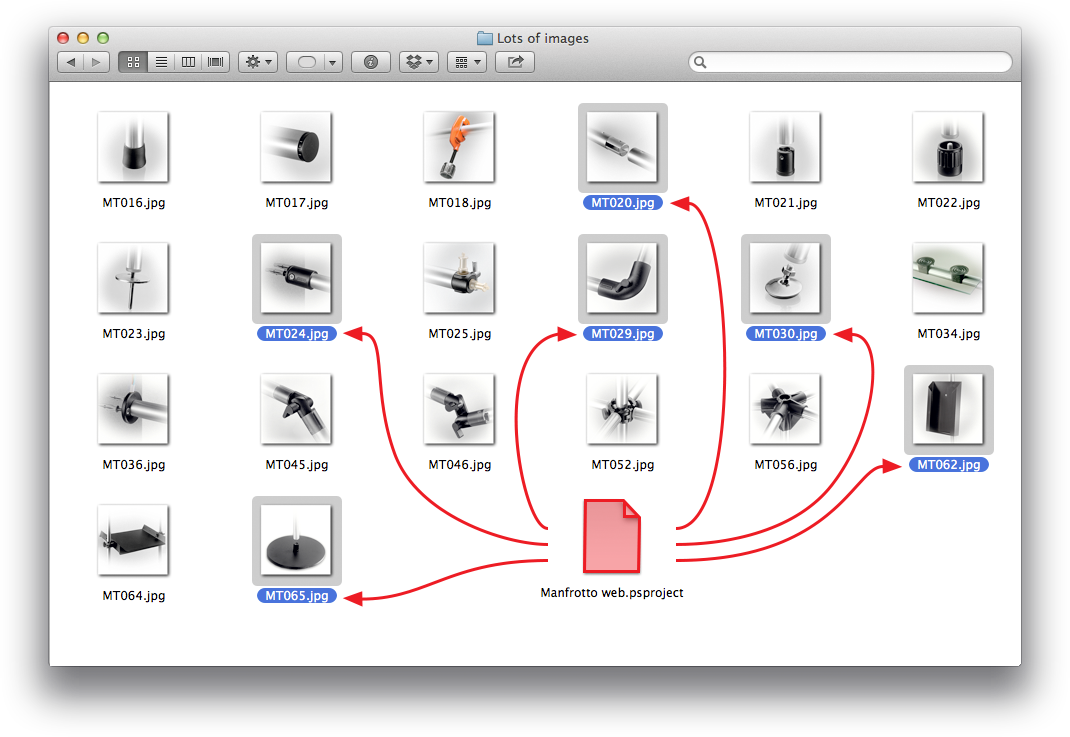 Project files weight few Kilobytes, are portable and safe – you can basically create as many of them as you need, risk-free.

PS Project is actively developed: just while version 1 takes off, I’m working hard on the next major release, which will be a big feature upgrade. Including a brand new “Load” dialog that allows you to:

Basically you’ll be able to do a lot more with the images referenced in the Project File, not only open them. By the way, version 2.0 will be a free update for licensed 1.x users. I plan to open a public beta (for certified 1.x customers) so stick around for the announce.

The ‘PS Project’ script for Photoshop is for sale at USD14.95 via Adobe Exchange and Bigano e-store.