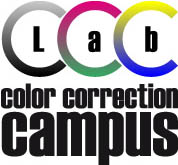 Because I know several professional teachers, I  know I’m not one of them - I lack their technique, I don’t pay attention to meta-language, I’m not that used to speech in public. I do consultancy, but it’s an entirely different job. Since I rarely join conferences, my presence in the next CCC is raising some fuss: not from students, who are happily unaware, but from highly experienced colleagues and talented friends who plan to gather there and finally hear Davide teaching unsharp mask & C (for, they say, “it’s what you do best!”) - with the net result to make me even more nervous.

What would the world look like without friends?! Anyway, sharpening is a vast topic, and in a little time it is difficult to properly explore it - with students probably coming from very different backgrounds. So I’ve tried to focus on a… sort of concept-presentation: I’ll be describing first, and very quickly, some universal techniques, just because I think it’s fair to provide paying people with practical tips that can be inserted in anyone’s workflow - for there are things that are known to be effective with all kind of images. Then, since CCC philosophy is to promote an inquiring attitude (and to arouse thinking) rather than dispense Photoshop recipes, I’ll spend all my time asking questions about perception - as like in color correction, the need for sharpening comes from the different ways we, humans, perceive the world out there, compared to any possible super califragilistic device. Being the reason that our hardware (the eye) co-evolved with our software (the brain) for some hundreds of millions of years, and basically, like the great Dan Margulis once wrote:

From this point of view, in my opinion, its easier to put in context and find the why of every sharpening technique - being them either:

Kind of an ambitious plan, but possibly a viable one in such a short time! At least I hope so. I’ve just completed the session’s slides - which will help keeping myself in track; I usually hate slides, so this time I’ve been drawing them by hand on the iPad with Noteshelf and a Wacom Bamboo Stylus.

It’s not the best setup in the world for the professional presenter (who I’m not - Marco asked me naively: “are you using InDesign?”), but it ended up being so much fun that I recommend it - Noteshelf is the only iOS hand-writing app that features a zoom, as far as I know, plus a whole set of fluorescent markers and colored pens, several paper templates and good wrist protection. Give it a try!